The Economist has reviewed Edmund Gordon’s The Invention of Angela Carter: A Biography. Appearing originally in the print version under the heading ‘Cartergraphy’, the review is now available on The Economist website and renamed as ‘An overdue biography of Angela Carter’. The review begins by taking up Gordon’s suggestion that Carter has often been misread and pigeonholed, reduced “to a mouthpiece of feminism”. It is ironic, though, that whilst lamenting the labels attached to the writer, this reviewer  refers to the “magical realism” of Carter’s stories, for Carter was very vocal about not liking this particular label.

Overall, the review heaps much praise upon Gordon and commends him for providing readers with the first biography of Carter – a book which is, according to this reviewer, long overdue.

Mr Gordon is especially strong on the myriad influences on Carter’s writing, all the while noting her uniqueness. “Shadow Dance” bears a “Nabokovian hue”, “The Magic Toyshop” grew out of a single line in André Breton’s “First Surrealist Manifesto”, and Manhattan in the time of the Black Panthers and the Stonewall riots offered the dystopian backdrop for “The Passion of New Eve”.

Elsewhere, the reviewer suggests some of the weaknesses of the book:

There is no explanation or suggestion as to why Carter returned again and again to certain images—the Greek myth of Leda and the swan, for example. Conversely, some of the detail can swerve into tedium; the reader is informed not only that Carter paid $300 a month in rent when living in Providence, Rhode Island, but that the figure included utilities.

Despite these “momentary flaws”, The Economist review concludes by referring to “Mr Gordon’s elegant blending of research, analysis and Carter’s own testimony” to produce “impressive […] debut book”. Read the full review here. 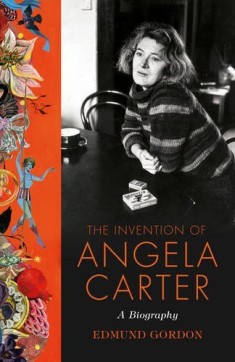 The Invention of Angela Carter: A Biography is published by Chatto & Windus.