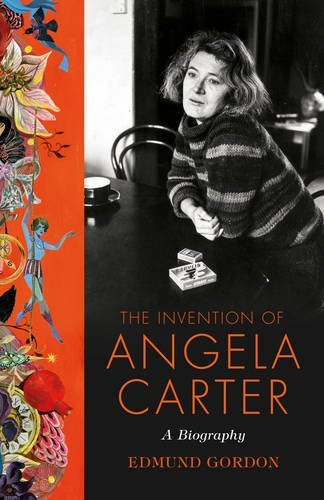 Edmund Gordon, author of The Invention of Angela Carter: A Biography, will be speaking at Waterstones bookshop on the 15th March at 7pm, as part of the Bristol Festival of Ideas. Gordon will be in discussion with Sir Christopher Frayling, who was friends with Carter when they both lived in Bath during the 1970s and who recounts much about this time in his book Inside the Bloody Chamber. Gordon will talk about how Carter invented herself, as both a new kind of woman and a new kind of writer, as well as how he came to invent his own version of her in his critically acclaimed biography. In writing the first official biography of one of the most unusual and talented writers of the 20th century, Gordon had unrestricted access to Carter’s journals, letters and manuscripts, and spoke with many of her closest friends, family and colleagues. Head over to the Bristol Festival of Ideas website to book your place at this discussion.

‘Edmund Gordon’s The Invention of Angela Carter takes a fascinating journey […] triumphantly bringing us closer to the brilliantly wayward personality and mind of one of the finest, most original writers of the last 50 years.’
Kazuo Ishiguro, The Guardian, Books of the Year

‘A wise, generous and inspiring book by an exciting young scholar who writes like a prize-winning novelist.’
Richard Davenport-Hines, The Spectator, Books of the Year

‘Gordon brings a wealth of research, intelligence and wit to this biography […] He vividly illuminates Angela Carter’s life and work.’
Lisa Appignanesi

This event forms part of the ongoing Get Angela Carter festival, which is celebrating Angela Carter’s connections to the city of Bristol around the 25th anniversary of her death. To find out more about Edmund Gordon, including details of other future events head over to his official website here. The Invention of Angela Carter: A Biography is published by Chatto & Windus. Finally, to read my exclusive interview with Edmund Gordon, click here.