An exciting musical event celebrating Angela Carter’s passion for folksong will be taking place on the 5th of March at the Royal West of England Academy (RWA). Whilst Carter is now renowned as one of the most imaginative of the post-war British writers, her interest in folksong is little known. Edmund Gordon’s recent biography of Carter mentions the folksong group, ‘Folksong and Ballard’, that she and her first husband, Paul Carter, set up at the Lansdown pub in Bristol during the 1960s. Indeed, the pair played an important role in the folksong revival of that decade. In 1964, when Carter was writing her undergraduate dissertation on the etymology of the English folksong text ‘The Streams of Lovely Nancy’ at Bristol University, she wrote an article entitled ‘Now is the Time for Singing’. Originally published in the university magazine Nonesuch, the article is now available in the collection of Carter’s journalism and writings entitled Shaking a Leg. In her article, Carter analyses a number of traditional folksongs, comments on the recent folk revival, and discusses the talents of a number of singers including Sam Larner, Harry Cox, Joe Heaney and A. L. Lloyd. At one point, Carter stresses the importance of performance for folksong:

“The form of folksong is unique […] it is unique in the seminal importance of the performer, and his attitude to his material in its lack of sentimentality as a means of expression, and its directness and human warmth.” 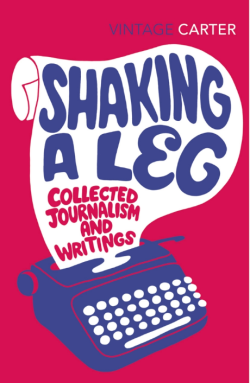 Fast-forward to the present day, the only known recording of Carter singing is now available in the RWA exhibition, Strange Worlds: The Vision of Angela Carter, co-curated by Dr Marie Mulvey-Roberts (UWE) and Fiona Robinson (RWA). When I interviewed the curators, Marie spoke at one point of how listening to Carter’s voice through headphones in the exhibition brings back “the eerie sound of [her] singing and playing the English concertina” from 1967. This recording was provided by Carter’s friend, Christine Molan, who sang with her during the 1960s and whose painting of the folksong club (including Carter and her husband Paul) is also available to view in the exhibition.

In addition to these two wonderful items, on the 5th of March singers who knew Angela Carter will perform a number of folksongs in order to recreate a typical session of ‘Folksong and Ballad’. The musicians will be playing on traditional acoustic instruments in the spirit of the Bristol folk club which Angela and Paul founded. The musicians and singers include: Marianne McAleer, Danny and Rod Stradling, Rosie Upton, Polly Paulusma,  Christine Molan, Tom Randall and The Hotwells Howlers Band: Harry Langston, Brian Ainley, John Shaw, Geoff Woolfe.

Please note that seating will be limited as this is an informal live music session taking place in the heart of the gallery. There is no need to book and the event is free for all paying the usual admission fee to the Strange Worlds exhibition.

For more information about the event, head over to the Get Angela Carter website here.